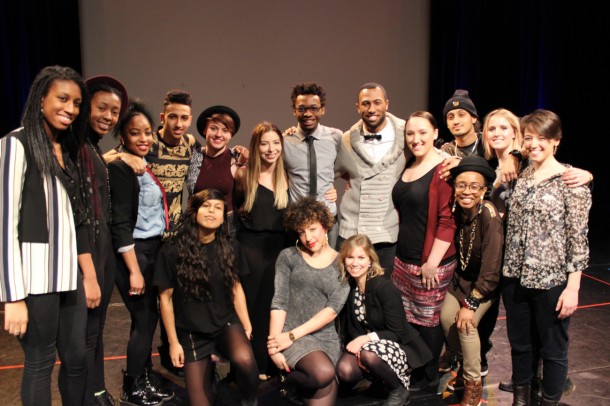 East London Danceâs Fi.ELD (Future Innovators of East London Dance) initiative has just celebrated its first year, with the first group of 16 participants graduating last week. Since the project began in January 2013, the group has worked with some of the top industry leaders, developing their skills and themselves as producing artists to make their ideas happen.

The graduation event on Thursday 23 January was an opportunity for members of the Fi.ELD to reflect on the last 12 months by presenting their projects, experiences and key achievements. The event was attended by Arts Council England staff, programmers from several London venues and education and artistic teams from companies including Frantic Assembly and Hofesh Shechter. Guest speaker and Fi.ELD lecturer Anamaria Wills of CidaCo gave an inspiring speech discussing ways to support young artists in the future.

Hosted by facilitators Kate Scanlan and Emma Kerr, the evening kicked off with The Fi.ELD presenting the four inventive projects that had been selected and funded by the project. Variation, a contemporary dance battle as youâve never seen it before; Network in Motion, a showcase from underground dance scene to commercial agents and bookers; Sole Train, a short dance film; and finally Under 18âs Showcase, a night of presenting young talent from across the UK. These events gave the 16 individuals the opportunity to find out what it really takes to put their stamp on the dance sector, and to experience the challenges of making creative ideas happen.

Fi.ELD participant Baanji Muteto says, âComing from a small town, I came to London with the hopes of becoming an artist. Through The Fi.ELD I have been able to meet and work with some amazing artists both young and established to better develop myself to break into the industry with the right knowledge and mind set to succeed.â Fellow Fi.ELD graduate Chloe Jones adds, “The F.IELD is so important to me as they have made me do things I never even dreamed of doing! This experience has reminded me that ANYTHING is possible.”

The evening ended with a short freestyle dance performance by Jordan Bridge and Dani Harris-Walters, the winner and runner-up of the Variation dance battle. The 16 graduates now hope to begin professional careers in the dance industry. East London Dance recently selected the second group of young dance entrepreneurs to take part in the Fi.ELD 2014, starting with a residential at Pavilion Dance South West in Bournemouth this month. 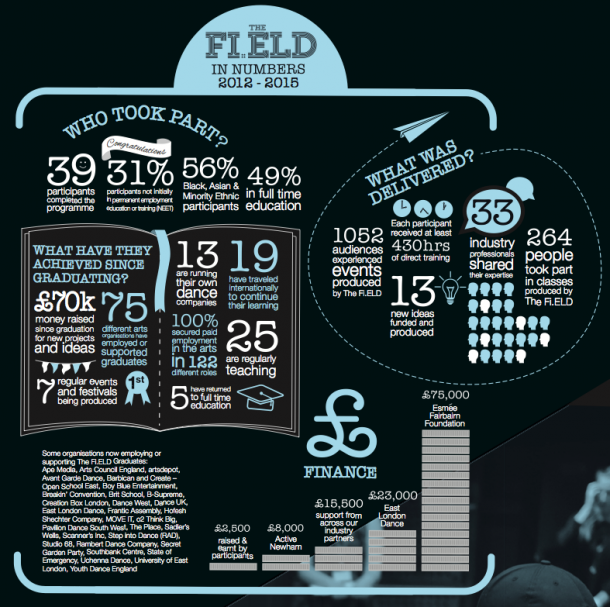 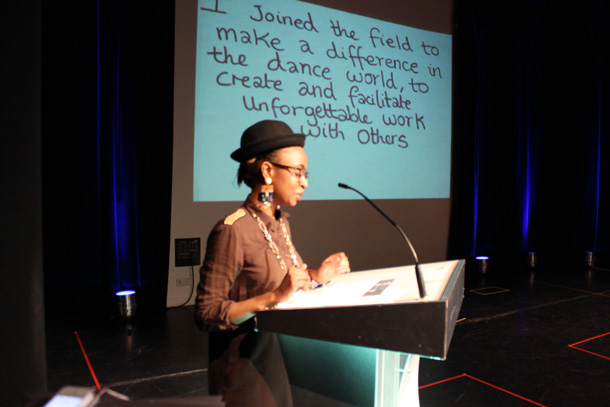