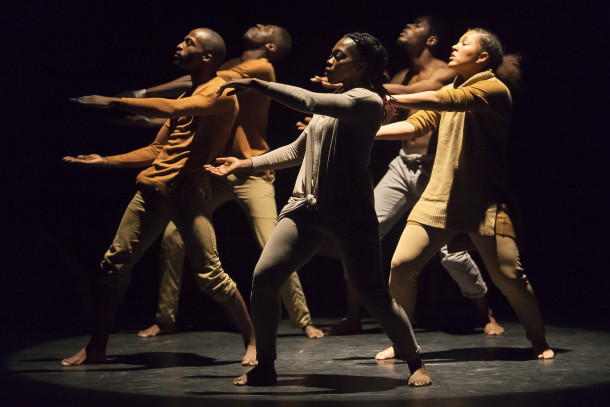 To celebrate this milestone year, Adigun will invite back some of the most popular performers from the decade-long history of Collabo, including Skyâs Got to Dance 2013 winner,Â Lukas McFarlane and his company UnTitled Dance Company as well asÂ IMD Legion,Â Program 68Â andÂ krump collectiveÂ Rugged Estate. On Thursday evening, the programme will feature a special selection of past Collabo highlights fromÂ Avant Garde Dance, all handpicked by Adigun to celebrate the companyâs 15th anniversary.

As in previous years, Adigun will challenge a clutch of artists to create their own unique dance interpretation to a hand-picked music track. As this celebratory programme is both retrospective and forward-looking, 2016âs interpretation track is a flashback to a classic Collabo 2011 remix from producer and DJ Mikey J. Championship-winningÂ Unity UKÂ (ITVâs Britainâs Got Talent, Skyâs Got to Dance) will return to present their jaw-dropping 2011 interpretation.

For the first time in Collaboâs history, Adigun and East London Dance are inviting dance fans everywhere join the challenge online onlineÂ by creating and uploading their own dance interpretation to the music track, with the winner to perform live at Collabo.

Book your tickets now at stratford-circus.com