ââ¦ making art together, thatâs the power of bringing art to a place and of connecting people. You discover more similarities than differences. When you go into language, nation and religion, the division starts to happen, so in a way art is undoing the division.â         Hofesh Shechter

East London Dance and Hofesh Shechter Company have formed a major partnership together with Historic Royal Palaces and LIFT in which the East Wall Company are developing creative links with our east London artists and communities.

We have joined forces to develop exceptional opportunities for young east Londoners to work with and be inspired by one the UKs most highly regarded and sought after dance companies.

The ambitious highlight of this partnership will be an awe-inspiring show in 2018, commissioned and presented by Historic Royal Palaces and LIFT, that will capture the essence of east London through the eyes of Hofesh Shechter, a world-renowned contemporary choreographer and composer.

Shechter will collaborate with East Londonâs most exciting emerging choreographers and curate and direct their work into an outdoor spectacle exploring themes of race, cultural identity and immigration.  We will deliver a wide outreach programme to engage and discover talented young east Londoners, enabling them to perform alongside the professional company in this new work presented at the heart of our east London community.

Hofesh Shechter Company have been in residence in Stratford for two months in Summer 2016.

We selected 7 up-and-coming choreographers to work with Hofesh and his dancers to research and develop new ideas  that will be presented in a scratch event at Roof East, Stratford, on Saturday 2 July 2016 as part of the LIFT closing celebrations.

The choreographers’ biogs can be read here

We hosted a Movement Intensive for 20 young east London artists aged 18 â 25 years from 14-18 July 2014. The specially selected emerging artists learnt and shared movement styles, developed choreographic ideas and explored the Companyâs repertoire. We also hosted a Summer School for 11â21 year olds who live in east London from 21 â 26 July 2014. We hope many of the young artists and participants will continue to work with us across the 3-year programme.

In 2015 as part of #Hofest, East London Dance presented the UK premiere of Shechter Junior at Stratford Circus in an intimate night of old and new work.

âFrom my first encounter with East London Danceâs group, The Fi.ELD, I was hooked. These young artists were not only impressive and determined in their drive to make work but they were incredibly inspiring to me as role models. Not just for other young people but for artists at all stages of their careers including myself. Iâm looking forward to seeing what we can make together.â

âThis partnership with East London Dance allows us to build long term relationships with young people, showcase our companyâs work to new audiences and to engage with a new generation of artists who are defying all genre definitions. We are very excited to see where it takes us.â

âThis ambitious new partnership grew out of demand from the young people we work with at East London Dance who unanimously identified Hofesh as an artist they wanted to learn from. There felt so many synergies between our two organisationâs once we started dreaming up the idea, and we feel very proud to be enabling our east London community to engage with such an incredible company over such a sustained period of time. Weâve still got a long way to go in realising the 2018 ambition but canât wait to see what happens.â 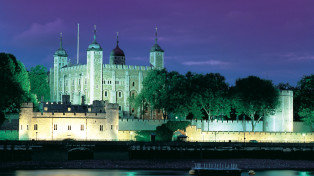