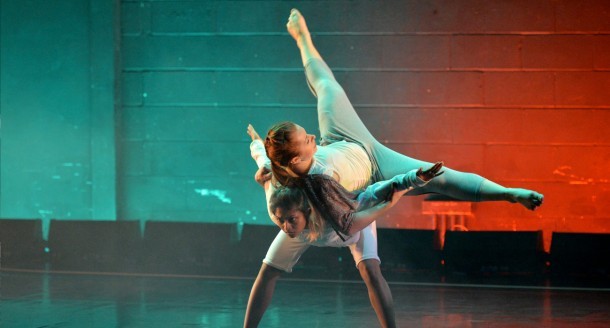 A Shared Commitment: Orfeo at the Roundhouse with the Royal Opera and East London Dance

The Roundhouse is to host its first opera in collaboration The Royal Opera in January 2015, as renowned theatre director and former artistic direction of the Royal Shakespeare Company Michael Boyd makes his operatic directing debut in a new production of Monteverdiâs masterpiece Orfeo, the first great opera.

Our Projects Assistant Megan Patterson has supported the participants throughout all the rehearsals. This is what she thinks about the experience:

âSince working on Orfeo from October until now, we have seen a massive development in our group of young people. I think the most rewarding part of the project has been to watch them all individually grow in confidence and really see how they have bonded as a group, which has led to new friendships and the amazing creative work that they have produced. It has also given them a range of new experiences such as going to watch an opera for the first time, rehearsing within a professional cast at the Royal Opera House, to meeting MP Edward Timpson. Our group of 14 dancers have accomplished so much over the past couple of months and although they have had to dedicate a lot of their own time they have all agreed ‘they’d rather be doing this, than not doing it.’

If you would like to watch this exciting large – scale production of Monteverdi’s Orfeo at The Roundhouse book tickets here.