Barrowland Ballet and East London Dance brought together a cast of 100 dancers, singers and musicians of all ages to perform in this spectacular site-specific promenade performance along the banks of The River Thames and River Clyde in Glasgow. Performances took place in Summer 2014 as part of Dancing City (Greenwich + Docklands International Festival) in Canary Wharf, the Mayorâs Newham Show, and as part of the Glasgow Commonwealth Games Festival 2014. The audience were submerged in personal and historical songs and dances inspired by journeys along the river over the years. Performers included Barrowland Balletâs professional ensemble, singers from local choirs across Newham and a large community cast made up of lots of East London Danceâs regular dancers. The River was supported by Foundation for Community Dance, Big Dance, Glasgow 2014 Cultural Fund, Well London, and Sportivate.

Leap of Faith, in rehearsal, The River, 2014. Photo: Rosie Jeffery

Get Up and Groove, in rehearsal, The River, 2014. Photo: Rosie Jeffery

Leap of Faith, in rehearsal, The River, 2014. Photo: Chloe Downes 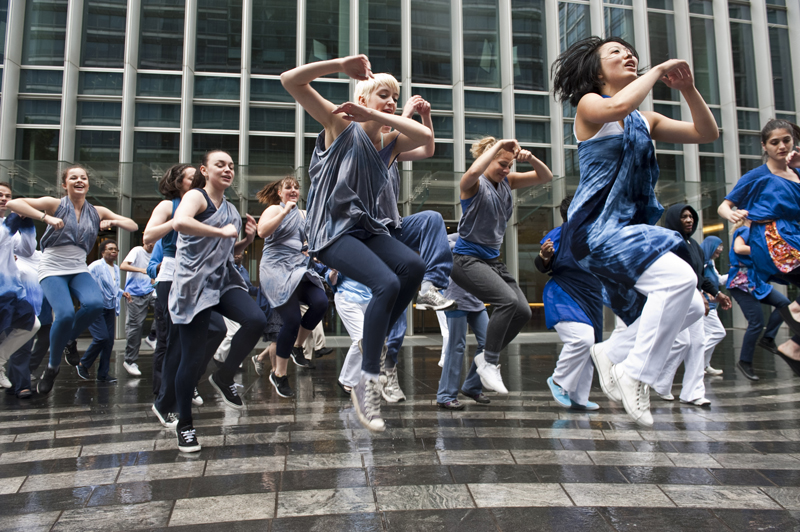 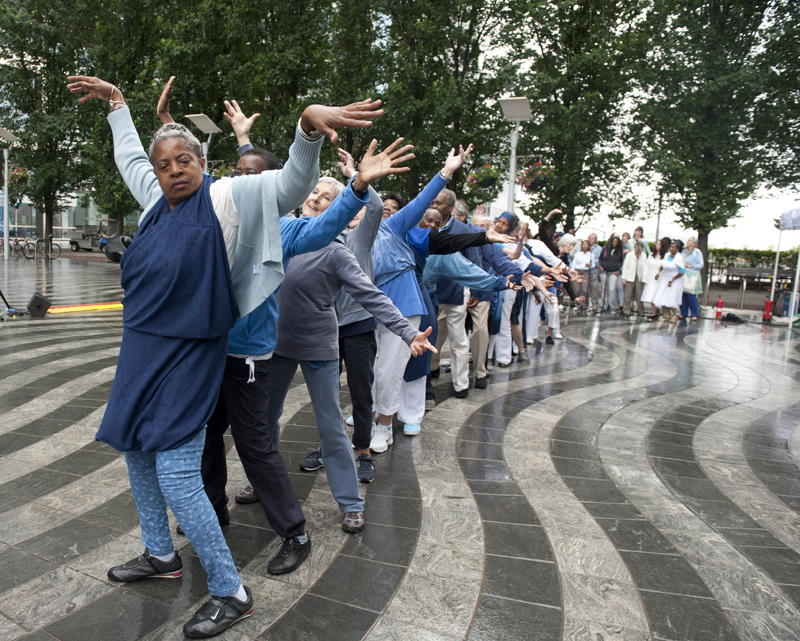 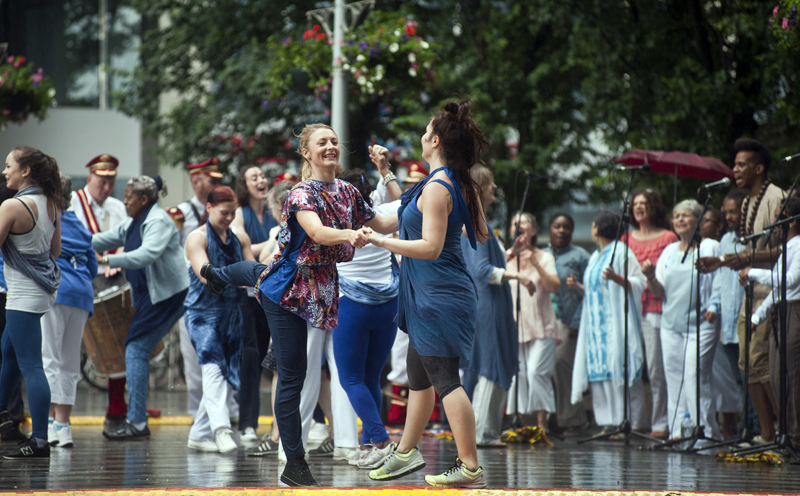 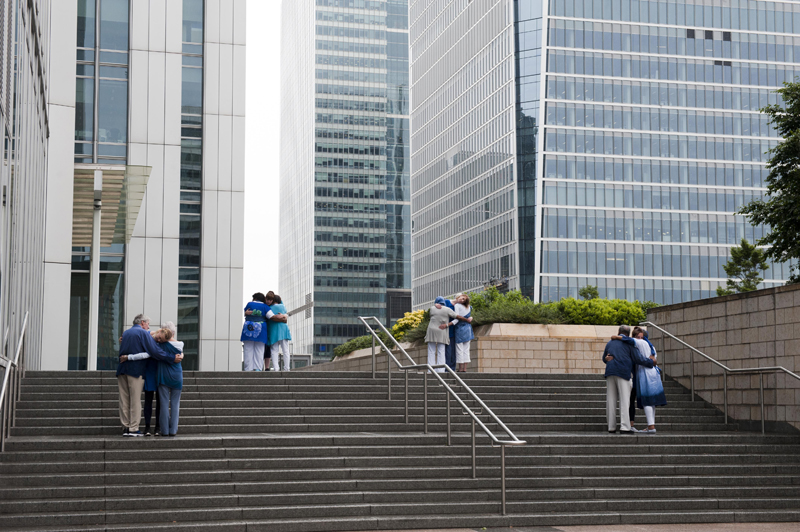 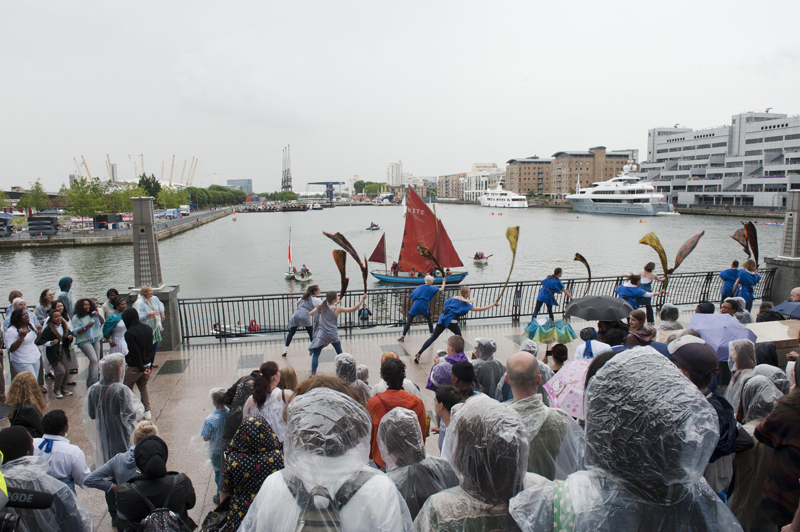 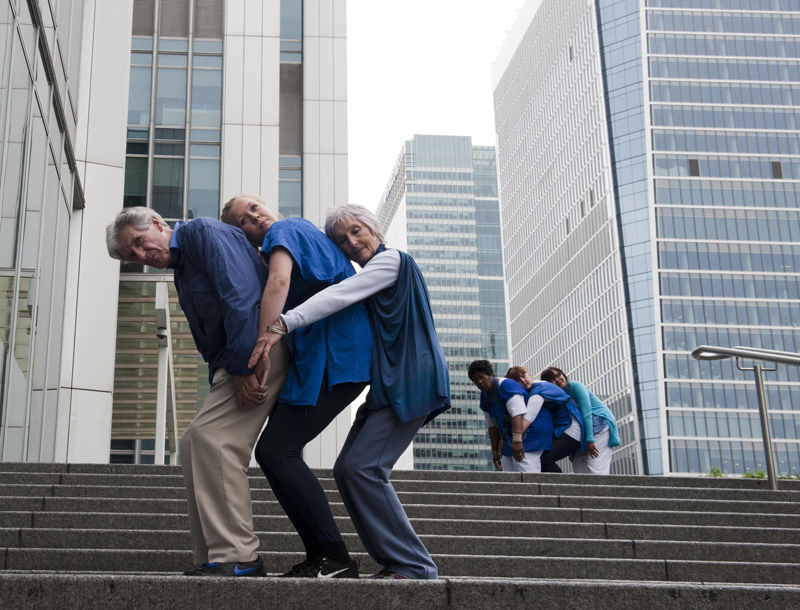 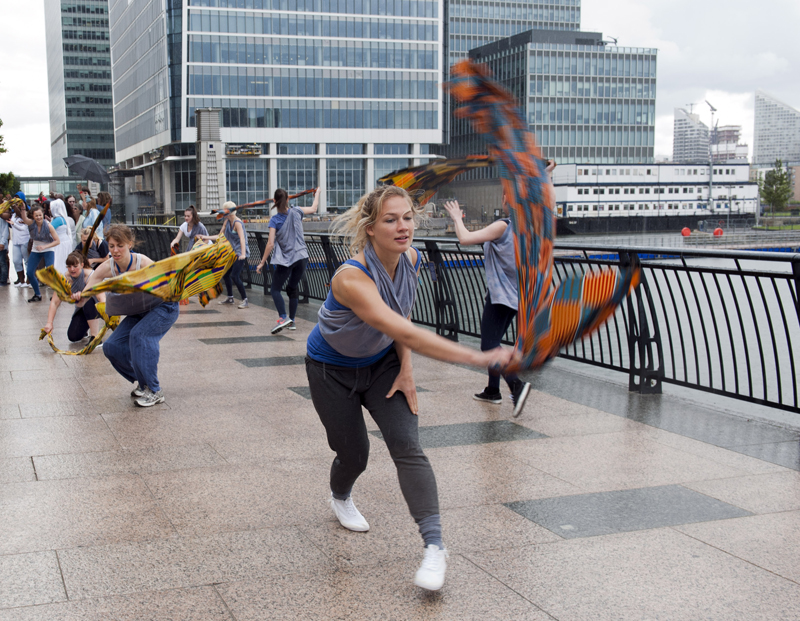 âI loved it! It was a great opportunity to be part of a fantastic 'feel good' event.â

âGave me a lump in my throat as I was spellbound and had a roller coaster of emotions â just amazing.â

London Performers:
Leap of Faith, The Firm, The Fi.ELD, Get Up and Groove, Choir