Over the last three years we have been working with Frantic Assembly to support this world-class physical theatre company to engage with young male east Londoners, through their incredible project Ignition.

As one of the national partners we have introduced the company to new schools, community centres and groups of dancers from across east London, with the objective of nurturing the future of physical theatre.

Dancers from across east London have participated in workshops and trials for the Ignition company.

We are thrilled to have now signed up as an official national partner on Ignition until 2018. This new phase of our relationship with Frantic Assembly will provide us with the opportunity to develop more meaningful relationships with the young east Londoners who participate in the Ignition trials and tasters by:

We will also give all of the participants an opportunity to join other programmes such as The Fi.ELD and the Artist Bank.

âJust walking into the studio with Frantic Assemblyâs artistic team and the young men from Ignition is exhilarating. The energy, commitment, creativity and risk taking is palpable. The company have huge skill in inspiring the most shy or disengaged young men to find their confidence and presence, so by the final performance they have the audience engaged in every move. We are delighted to be working in such a long term and meaningful way with such world-class artists.â

"Frantic Assembly is excited to be working in partnership with East London Dance again to deliver our flagship Ignition programme. East London Dance brings a huge level of expertise and support to the project enabling the company to work with a range of young men from east London and ensuring the boys that take part can engage in further dance activities after the Ignition project has finished. As one of only two dance partners for the programme they provide a very important offer to the young men that engage with Ignition. East London Dance's values of innovation, excellence and long term development of artists fits perfectly with Frantic Assembly and our Ignition programme and we look forward to finding and nurturing new talent together over the next three years." 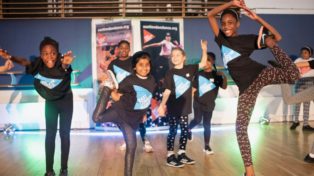 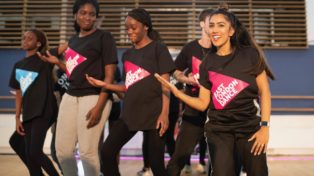