Generation XYZ were a community dance performance company of people aged over 65 years. They rehearsed weekly at Stratford Circus and created high quality dance theatre pieces that were performed in a range of community settings such as festivals, community centres, residential homes, day care centres and schools. The company members also led dance workshops as well as performing.

Generation XYZ also performed at a variety of high profile events including outdoor festivals such as the Capital Age Festival in 2012 at the Southbank Centre, Big Dance and as part of the Dancing Voices project in both London and Glasgow. They have also performed in a number of films including Postcards from East London, Beyonce – Crazy in Love (see film below) and Big Chair Dance.

Company members were advocates and role models, leading and inspiring other older people to engage in physical activity, reduce isolation through social interaction and develop their creativity.

Interview with Generation XYZ member at the Big Dance Bus:

Generation XYZ finished as a pilot programme in Autumn 2013, ending on a high with their final performance being the East London Dance 25th anniversary celebrations in a new work choreographed by Benji Reid (Breaking Cycles) and commissioned especially for the event 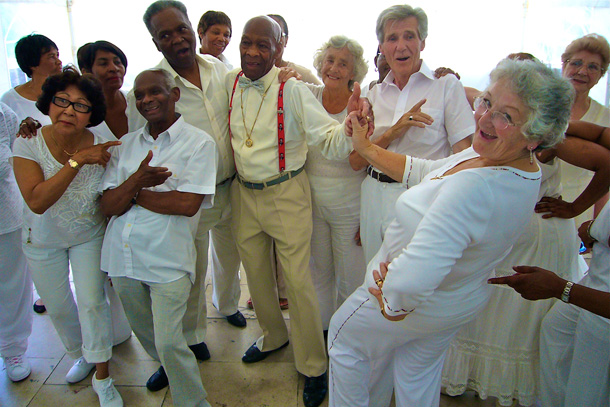 
PartnersSupported by The Baring Foundation