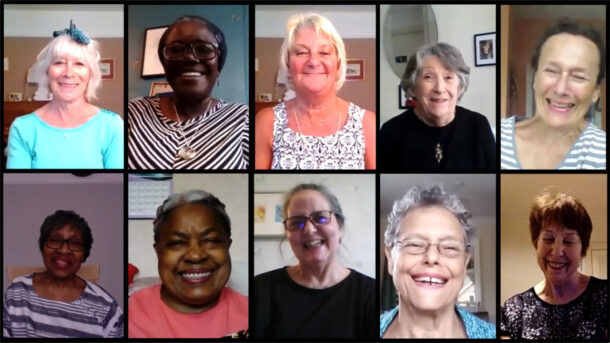 As Leap of Faith finished creating the piece the pandemic set in and it was sadly never performed. But Leap of Faith don’t give up that easily, and under the leadership of Molly Wright they have re-worked the piece, filming this new version from the comfort and safely of their own homes, all via Zoom.

We are thrilled to be able to share the final film. Enjoy!

First Impressions was created as part of Protein 21 Reimagine, a national programme of new work inspired by the companyâs repertory celebrating Luca Silvestriniâs Protein 21st Anniversary. This piece is a reimagining of Border Tales made in 2013.

Music by Andy Pink and Anthar Kharana from Border Tales

Supported by Royal Borough of Greenwich and Arts Council England