Dystopia to Utopia at the Queen Elizabeth Olympic Park 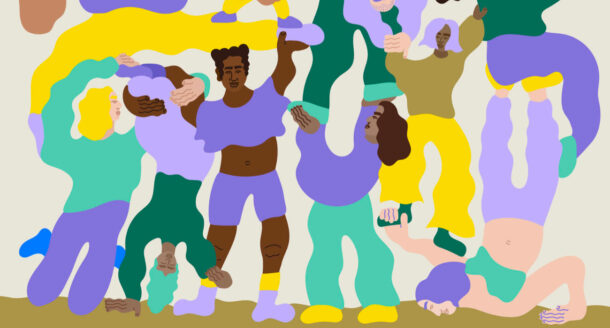 In September 2022 East London Dance took an 80 strong cast of community, youth and professional dancers and singers from east London to the Queen Elizabeth Olympic Park for a spectacular outdoor performance fusing dance, music, spoken word and film, set against the stunning backdrop of the rising East Bank buildings.

As the sunset on Thursday 22 September the East Bank site on the Queen Elizabeth Olympic Park came to life with projection and genre-bending performance, inspired by the theme of Dystopia/Utopia set by renowned publication gal-dem. Co-designed by the young people, community cast and creative team, the piece re-imagined our future as we come together as a community following the pandemic.

We followed the dance artists and creative team led by Creative Director, Dannielle âRhimesâ Lecointe, as they took on the performance and created this short behind the scenes film.

Footage by The Duke LDN

Look out in early 2023 when we update this page with footage from the final production.