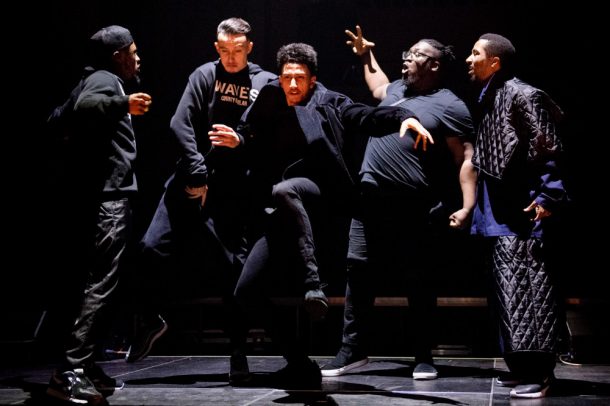 Celebrating 30 years of bringing people to dance and dance to people.

I am delighted to announce the start of East London Dance’s 30th anniversary celebrations, which kicked off earlier this month with IDENTITY, a performance at Shoreditch Town Hall fusing dazzling fashion and dance.

The next year will see East London Dance lead on the creation of the UKâs first National Talent House for Urban Culture, and present East Wall, an ambitious dance and live music spectacle directed by Hofesh Shechter in the moat of the Tower of London across five nights in July.

Over the last three decades East London Dance and east London have seen huge changes, but our driving mission to enrich lives by presenting the very best dance opportunities to those least likely to receive them, has never changed. 2012 was a particularly momentous year for east London with the Olympic and Paralympic Games and Cultural Olympiad. Six years later, our commitment to build on this extraordinary legacy of presenting outstanding and awe-inspiring art, born from unexpected collaborations and in unconventional locations, showcasing the vibrant diversity of east London and east Londoners is unwavering.

It is fitting that the centre-piece of our anniversary year is our most ambitious production to date, and one that unites every aspect of the work we pride ourselves in doing. East Wall will connect the local artists we work with to a world-class artist in Hofesh Shechter; putting their work on a national stage; giving local young people the chance to participate in this once-in-a-lifetime opportunity; and producing art in a unique environment with themes that resonate through our local community; all in partnership with internationally-renowned organisations.

It is thrilling to know that as we embark on our next 30 years, work has already begun to allow us to take the first steps of that journey from our own home, a building that will allow us to spread our message and influence even further afield.

As part of the launch we have created a brand-new piece of print that explains who we are as an organisation and what we do, which you can preview below. You can also read our 30th Anniversary Press Release for details of the range of projects, productions and programmes we will be sharing over the next 12 months.