MovE17 is a dance group for adults of all ages & abilities who want to have fun, learn new dance skills and be creative.

The class learn contemporary dance works by major artists, such as Akram Khan and Anne Teresa de Keermaeker, as well as create their own dance works.

The group was founded in September 2015 by dance artist Clare Farrow and is based at Gnome House in Walthamstow.

To date, MovE17 have performed at City Hall, the Barbican, in Trafalgar Square as well as locally within Waltham Forest. Some of the group performed Jerome Belâs GALA at the Bernie Grant Arts Centre, Tate Modern and Sadlerâs Wells.  MovE17âs most recent production was a mass community performance of Rosas danst Rosas by Anne Teresa de Keersmaeker which was commissioned by the Barbican for the Walthamstow Garden Party 2018.

Whether youâre interested in doing something creative, social, active, or are just looking to try something new, get in touch with clarefarrow2@gmail.com, visit the Facebook page or come along to join this fun and lively group.

LevelOpen Class - welcomes adults 16+ of all dance abilities and ages

Â£9 per class (payable at the start of term)

For more information about the class:
email clarefarrow2@gmail.com
call Clare on 07939 125014
or visit facebook.com/MoveE17

Open, accessible class in Newham for people of all ages and abilities to learn Breaking 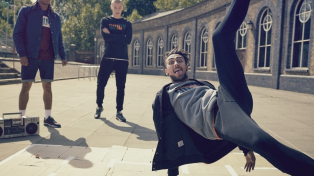 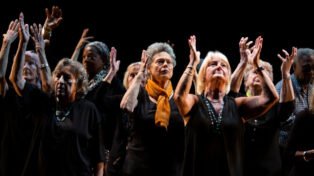