Cathy Waller has been working as a choreographer for over 6 years, both during and after her professional training at Laban. She has worked extensively with professional artists, companies and youth companies in the UK and internationally. Cathy has choreographed works for Breakinâ Convention as well as for Move-it, BBC and Dance Offensive and her work has been performed all over the UK including at Wembley Arena, Hammersmith Apollo and Barbican. In June 2012, Cathy won the London Dance Award, following on from 2011 winners the Ballet Boyz.

Cathy Waller Company began in early 2012 following Cathy being awarded the Blueprint Bursary by East London Dance and Sadlerâs Wells in 2012. Through the bursary the Companyâs first work, Tempo, was created. After an initial 4 date tour, the Company went on to perform at 14 other venues and festivals including Sadlerâs Wells Sampled and West End Live. Commissions followed including an outdoor duet, Two Plus One, which toured to National Theatre, Potters Fields and Stockton International Riverside Festival. Now in its third year, the Company have created a new production with support from East London Dance, Sadlerâs Wells, Greenwich Dance and Arts Council England.

The Company are currently looking forward to their next tour of a new double bill in Spring 2015. Alongside the tour they will be visiting schools, colleges and Universities to deliver workshops and intensives, giving students and young dancers the chance to experience working with a composer to develop their technique and choreographic skills.

Towards the end of 2015 and into 2016, the Company will also be developing two new works, one indoor Low, which will see collaboration with a variety of lighting and sound designers and an outdoor work with a variety of live music for the summer period.

In late 2012, Cathy became disabled. After understanding and finding new ways of working, the company is continuing its development. If you would like advice or guidance within dance and disability, please contact Cathy at: info@cathywaller.com

A brand new Production that will tour in Spring 2015.

Featuring live percussion and a company of powerful dynamic dancers, the new full length Tempo focuses on a tight structure of intricate rhythmical patterns, followed by the newly created Three. Centring around the live creation of a looped, layered and distorted musical score, Three sees the dancers adhering to the transforming landscape of sound, noise and silence. 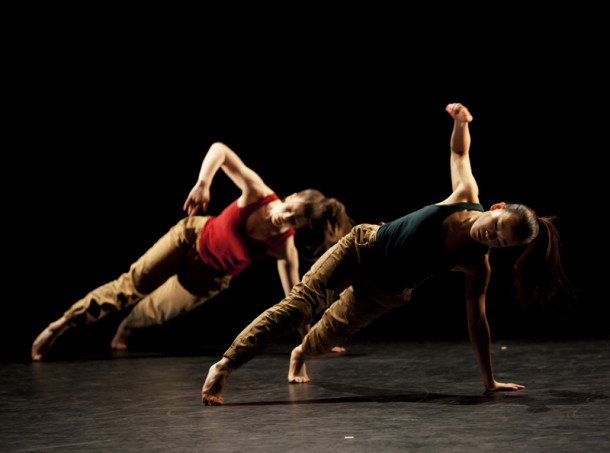 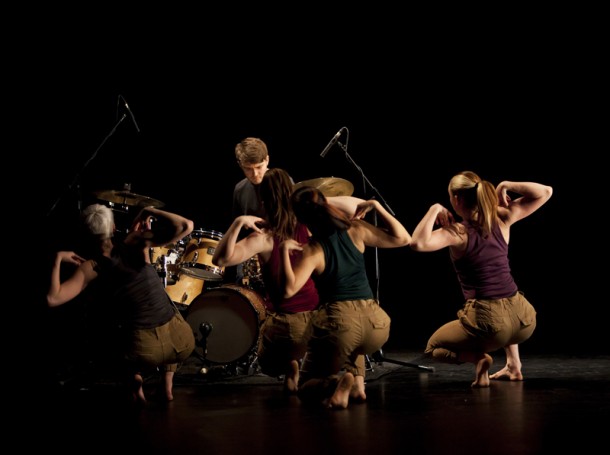 âTempo was accompanied by a live score performed on stage by musician/composer Christopher Preece, the heavy bass complementing the dancers' dynamic movement of contemporary and hip-hop origin. Waller's aim of matching each individual choreographic phrase to the music was clearly demonstrated as the pulsating and evolving sound was reflected by the sheer strength and seamless quality of the dancers.â

"Cathy Waller won the London Dance Award 2012 recently, as well as the Blueprint Bursary, and her work, Tempo, for four women is absorbing in its physical control and unison, accompanied by the brilliantly-played original percussion score by Christopher Preece. The dancers crouched, stretched and were impeccably together like synchronized swimmers, their pony tails swishing as their toned bodies performed the intricacies of the floor patterningsâ

âCathy Waller has established herself as one of the most exciting emerging choreographers to watch out for. Tempo was a slick pulsating creation which exemplifies Ms Wallers workâ